4 Tips on How to Write the Ultimate Beach Read 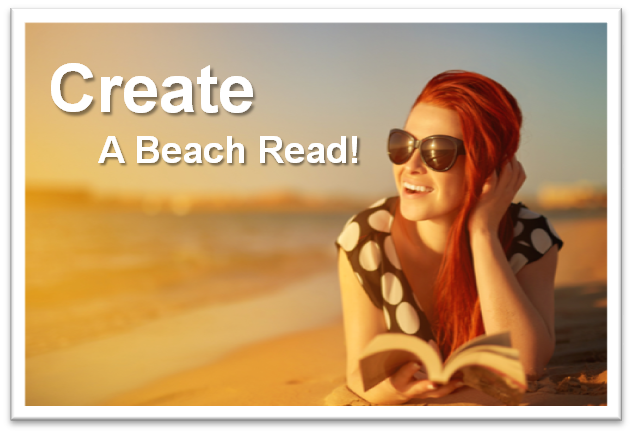 We've all seen them: those thick books with colorful covers that everyone's reading on planes, at bus stops, and especially everywhere on vacation. Beach reads are not literary classics; they're fun and breezy stories that people love to read when they're relaxing and having a good time. You can self publish a beach read that catches on and you can rocket to the top of the sales charts in your genre. While it's true that every story is different, almost all popular beach reads have some things in common. Here are details you need to incorporate into your book for the best chance of getting those big popular-novel sales and maybe become  a best seller.

That Big Cast of Characters

A generation ago, James Michener sold millions of beach reads like Space, Chesapeake, and Centennial. Today, it's J K Rowling and her Harry Potter series and Diana Gabaldon with the Outlander books. One thing they all have in common is big stories with lots of great characters. Harry Potter may be a star, but he's nothing without his pals Ron and Hermione, not to mention all the other people at Hogwarts. The same goes for all the Scotsmen in Outlander. Make a dozen or more people come alive and readers will fall in love with a handful of them.

You Need a Mystery

Whether it's a straight-out mystery or thriller like The DaVinci Code or simply the mystery of whether the hero and heroine will ever fall in love, you've got to have some tension and conflict to the your readers through to the end. Make it doubtful that you'll have a happy ending. Make it tough for them to figure out, and keep them on the edges of their seats guessing.

Who wants to read about a suburban family when they're on vacation? Match the setting to your readers' mood by choosing a fun or exotic location. Put your love story in Disneyland. Set your mystery on a remote island retreat. Try putting your family saga in the vineyards of northern California. Make the environment in your book another character in the story.

Everyone talks about suspension of disbelief. All it really means is putting forward a ridiculous premise, then creating characters so compelling that your readers don't care that the situation could never really happen. An island where people have cloned dinosaurs? An astronaut surviving alone on Mars for over a year? No one cares whether it could really happen or not. With great characters and a fascinating story, they'll believe it to be true, at least while they're reading your book.