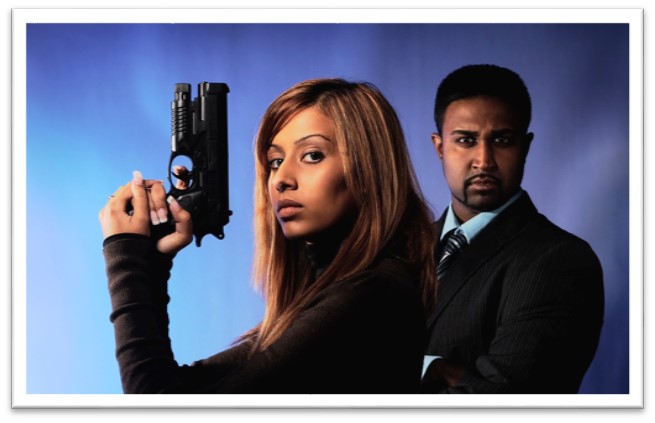 Series books are hot right now and the trend doesn't look to slow down any time soon. One of the strongest hooks in a book series is a great continuing character. When readers fall in love with your character, they'll buy every new book you write that includes him/her. Here are five great tips for crafting that character.

You may never reveal every detail in your mail character's backstory, but there should be enough in there to create a very complex character. Keep it open ended, though. Leave room to discover more secrets every time you delve down into that psyche.

The key to hooking readers with this type of character is to not let them see everything at once. Always leave them wanting more. Let them find out that your character was once married, but his wife died tragically. How? He's not saying right now, maybe sometime in the future. Every time you reveal another juicy detail, you'll make the character more real to your readers.

3. Don't Cut Your Audience in Half

Make your character attractive to both female and male readers. That doesn't mean sexually attractive, but compelling. Create a character that's far from a stereotype for either gender. You'll double your possible fan base.

4. Stay Away From the Cliches

Not every detective is a hard-drinking, twice-divorced loner. Not every poor single mother made a string of bad choices. Switch these tropes around and create an interesting character that seems like an actual human being. Sure, they've got faults, but they're unique ones that could actually happen.

5. Write From the Heart

If you're going to be writing this character for a series of books, you might as well write someone you're comfortable with. Put a little bit of yourself into him. Don't make him a carbon copy that your mother would recognize at first glance, but give him your sarcastic view on life or your promise to yourself that you'll learn a new recipe a week for life. Your character will seem more authentic because you've got deep insight into at least one character trait.