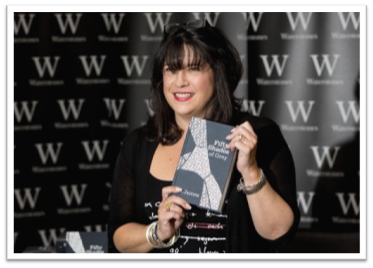 Sure, she's controversial, but author E.L. James has sold millions of copies of her bestselling "Fifty Shades" trilogy. James has taken the criticism she gets from all corners and turned it into a constant sense of motivation. She's got some upfront advice for authors wanting to make it big, despite what their critics say. Here are her top five tips. 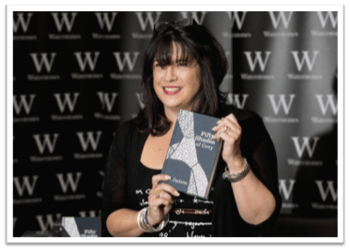 Sometimes it's Okay to Break the Rules

What started out as fanfiction has turned into a series that's sold over 70 million copies. James never went the traditional publishing route, she went straight into indie self-publishing. She wasn't a slave to editors, deciding to put her books out there with many flaws intact. What's important to her is the story, not the technical details. Tell a great tale that readers can't put down, and you'll be forgiven a lot of errors. You've got to nail that story, though. It's key.

What do You Want, Money or Love?

It can be daunting to read critic after critic calling your work garbage or unreadable. James has spent years experiencing both. But she's tapped into something that millions of readers around the world have fallen in love with. She's admitted that she'll never be a critical success, but she doesn't really care. Her global fan base and multi-million dollar income are enough confirmation that she's going in the right direction. When it comes to making the readers happy (and really, isn't that the goal?), sometimes the critics are dead wrong.

Norrington: You are without a doubt the worst pirate I’ve ever heard of.
Captain Jack Sparrow: But you have heard of me.

What was true for Captain Jack Sparrow is undoubtedly also true for many authors. During the height of Fifty Shades mania, you couldn't spend one day without reading someone, somewhere, panning the books and complaining about how badly they were written. They also snickered about naughty scenes and concepts, and complained about how it was taking over the internet. The end result was millions more people deciding they had to find out for themselves what all the fuss was about. The more the reviewers, professional and otherwise, panned it, the more the book sold. The takeaway here is that if you're suffering from bad publicity, ramp up the volume to encourage them to spread the word even further. Use it as a marketing tool. Readers are smart. They like to buy books and decide for themselves what's good and what's not.

Be True to Yourself

James has admitted over and over that the Fifty Shades trilogy started during, and was based on, her midlife crisis, and that it has an over-the-top sexual flavor. She's been criticized for this, but she refuses to apologize for it. In the beginning, it was shocking for people to admit that a middle aged woman could harbor such elaborate sexual fantasies, but it's just that honesty that her readers love about her. James advises being honest with yourself, no matter what your truths are, to gain the respect of your readers.

When James started out writing this series, it was unpaid fan fiction. Her next step, after being rejected by multiple publishing houses, was to self publish her first book and let the readers decide on its worth. She readily admits that she never dreamed it would turn into the global phenomenon it is today, especially when she wasn't even sure the first book would sell more than a few copies. It's rare, but sometimes that flash happens and a book takes over the publishing world. There's no particular way to plan for that, except to tell an excellent story, but if it does you should take advantage of it as long as it lasts.