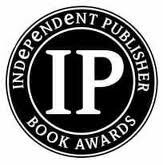 If you’re looking for book exposure and recognition, why not consider entering submitting your book for an award.  The Independent Publisher Book Awards (the “IPPYs”) are intended to bring increased recognition to the thousands of exemplary independent, university, and self-published titles published each year. The awards are open to all members of the independent publishing industry, and to authors and publishers worldwide who produce books written in English and intended for the North American market. Since the inaugural contest in 1996, over 4,500 books have received IPPY Awards, and all the recognition, credibility, and increased sales that a book award can bring. Independent spirit and expertise comes from publishers of all sizes and budgets, and books are judged with that in mind.

Announcing the 16th annual Independent Publisher Book Awards, honoring the year’s best independently published titles.  Entries will be accepted until March 15th, 2012 for books with 2011 and 2012 copyrights or that are released in 2011 or early 2012.

The “IPPY” Awards were conceived as a broad-based, unaffiliated awards program open to all members of the independent publishing industry, and are open to authors and publishers worldwide who produce books written in English and intended for the North American market.

Good luck to all participants!