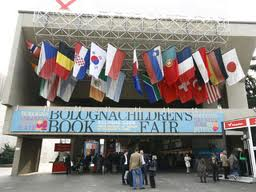 Register for the 2012 Bologna Children's Book Fair and/or the 2012 London Book Fair.  Don't miss out on this incredible marketing opportunity!

Infinity Publishing has partnered with Combined Book Exhibit and our authors now have the opportunity to display and promote their books around the world, at over 25 different book fairs!  The next two shows coming up are two incredible international shows. Children's book authors will have a captive audience at the 2012 Bologna Children's Book Fair.  The second international show that every author should be participating in, is the 2012 London Book Fair.

The Bologna Book Fair is the oldest and most reputable international book fair focusing exclusively on children's books. Not only is opportunity abound because of the average attendance from over 67 countries, but with personnel including book publishers, distributors, packagers and printers, literary agents, TV and film producers and licensors, the opportunities presented by the Bologna Children's Book Fair seem endless. Located within the American Collective Stand, the Combined Book Exhibit offers the opportunity to have your books on display front and center for this diverse audience! 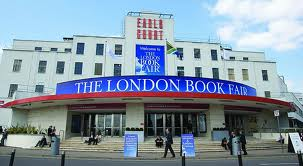 While the 2010 London Book Fair saw its fair share of volcano-related adversity, 2011 was a return to form, and there's no reason why 2012 shouldn't continue the trend. Attendance generally reaches and exceeds 23 thousand people from 112 different countries, and the New Title Showcase (entering its sixth installment) is the most accessible and successful of all of London's official exhibits. The London Book Fair attendance includes book buyers, agents, publishers, editors, librarians, distributors and so many more, and the New Title Showcase (organized by Combined Book Exhibit) gives your books optimum exposure!

Each of these marketing packages includes:

Once you place your online order, you'll be taken to another page to register your information for the show catalog.