Interview with "Survivors of the Chaos" author Steven M. Moore 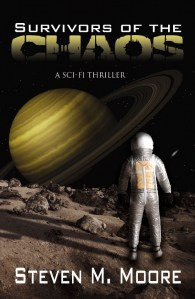 Steven M. Moore, whose books include Survivors of the Chaos and The Midas Bomb, talks about his approach to writing and his plans for the future.  Interview originally posted at indiebookspot.com.

Why do you write? Is it something you’ve always done, or always wanted to do? Or is it something that you started fairly recently?

Although I released my first book Medical Clones Mutants Series in 2006, I’ve been writing for years.  I wrote my first novel during the summer I turned thirteen. It was terrible and went into the circular file when I left for college. The plot was similar to the one in City of Angels, although the protagonists’ sexes were switched (not that it matters—angels don’t have a sex). Over the years, writing has been part of my life. It seemed like the thing to do when I left my day job—I can’t play golf.

Tell me a little about your books.

Our institutions are already breaking down and the politicos are incapable of solving society’s problems; fundamentalist subgroups of the U.S. are destroying our nation as much as any in the Third World; and multi-national corporations are acquiring tremendous riches and power. I simply extrapolate this to the future in the grand tradition of dystopian sci-fi. In my sci-fi thrillers, though, there is always a glimmer of hope. Survivors… is no exception.

Are there any authors who inspire you?

Certainly.  All the traditional dystopian sci-fi authors from Wells to Atwater.  I’d like to think I’ve progressed beyond them.  They were worried about WW II, the Cold War, and communism.  I’m worried about getting through the 21st and 22nd centuries.  For the writing itself, I learned from N. Scott Momaday, although he was not aware of it (that’s the problem with big lecture classes).  Also, being part Irish, maybe the blarney comes naturally?

How do you write? Do you make yourself write a certain number of words per day?

No. I just write until I’m tired. I never count the words until I finish the novel and that’s only for editing purposes (I usually have to cut). However, I wrote The Midas Bomb in two months. The editing usually takes longer than the writing. 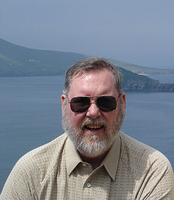 Did you try to get a conventional publisher or agent interested before you opted for self-publishing?

Sure. The traditional dream of a big fat contract with one of the Big Six drove me nuts before the digital revolution in publishing. I tried to find agents with several books. I even succeeded in some sense, getting beyond that ubiquitous form letter or e-mail. In fact, several agents said they were interested and sat on books for many months. One even told me after a long time that the book just wasn’t for her after all. To paraphrase Joe Konrath, I decided to eliminate the gatekeepers. The digital publishing revolution offered me a new avenue to try and it has been fun ever since.

What goals have you set yourself? Do you want to sell a certain number of books in 2012? Is there some way you measure success, on your own terms?

I measure my success only through readers (that includes reviewers, of course) – their number and their saying they like the book, even if there’s an “except…” caveat tacked on.  Readers rule. And why write if you don’t have readers? For me, they’re more important than making wheelbarrows of money, although I do have to recover costs.

How have you marketed your book(s)? Have you used social media (Twitter, Facebook etc)? Have you paid for any advertising (Facebook Ads, Google Ads etc)? And how did it go?

I can’t say anything worthwhile in 140 characters or less, so I’ve never tweeted. I do have a Facebook account and a fan page. I’ve tried Google Ads and was terribly disappointed with the result. Promotions seem to be the best bet. The key seems to be to have a decent product, market as best you can, and have a great deal of luck. I can’t afford the usual book marketing and publicity services. I almost forgot, I have a website and an active blog that also seems to make a big difference.

Have you signed up for KDP Select? If you have, how has it gone for you? Do you think free promotions are helping with your paid sales? If you haven’t signed up, why not? Are you worried about the exclusivity clause?

The exclusivity clause is only for 90 days. I had a problem with the idea of giving away the efforts of my hard work (writing, although fun, is work—you bleed and sweat, especially in the editing). I recently did a KDP Select 3-day give-away for Full Medical (sorry you missed it). I rationalized that by saying it was a way of investing to increase name recognition without investing any of my scarce funds. The publicity and marketing experts can tell me whether I would have been better off going through them. I’d like to see them work pro bono like lawyers. If they can generate the sales, then they get to keep a percentage. None of them work that way, but I could go for that.

Away from Amazon, have you had much luck with other outlets? Do you use Smashwords, Barnes & Noble etc?

Full Medical (now in the KDP Select exclusivity period), Evil Agenda, and my YA novel The Secret Lab were on Smashwords, hence B&N, Sony, etc – Evil Agenda and The Secret Lab still are.  I like the coupon idea from Smashwords, but my promotion of Evil Agenda with coupon was not successful.  My other books, including Survivors, are Infinity Publishing releases.  All have eBook and pBook versions except Soldiers of God (I’ll eventually get around to making an eBook version).

Do you worry about Amazon gaining a monopoly in the ebook market?

No, at least not yet. Joe Konrath recently had a blog post that defended Amazon against its detractors. People should read what he has to say. So far they are doing things that work for me.

What’s next? Are you working on anything at the moment? Do you have anything new coming out in 2012?

Oh, where to start? Angels Detectives, a tale of terrorism and Mexican cartels and the sequel to The Midas Bomb, is being formatted for KDP Select release right now – I’ll probably do another 3-day give-away promotion, for those interested.

I’m doing the final editing for Sing A Samba Galactica, the sequel to Survivors, where you will find out the future of those Eureka star colonies; I’ll send it soon to my formatting wizard (Ms. Donna Carrick, of Carrick Publishing, an excellent author in her own right).  I’m also editing two short story collections for later release this year.  In addition, I have outlined a new YA novel that my muses are pushing me to work on more.  It fits in the Universe beyond Samba.

Steven M. Moore’s books, including Survivors of the Chaos and The Midas Bomb, are available at Amazon. Many of his books are also available at Barnes & Noble. You can also visit his website.