Why Research Your Next Book - You Know The Subject Matter Don’t You? 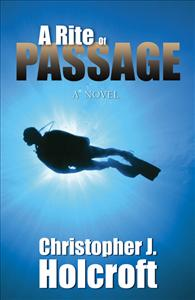 It’s been burning within you for some time and now you want to bring it to life – your next book is beckoning to be born and its going to be a work of art.

You know the subject matter of your next title backwards, so you can sit down and type it up without hesitation. Wrong!

I tried writing my first book when aged 15. It was to be a boys own adventure novel. I borrowed my mother’s

typewriter and started tapping away as I felt the surge of literary intent pouring out. When I read what would have been the first chapter I screwed up the paper and threw it away. There was no substance to the story. I didn’t have enough life experience and hadn’t researched my subject matter sufficiently to tell the tale with the expertise I believed I had.

After I had been a newspaper Journalist for more than 20 years and in the Army Reserve for more than 30 years it was time to unleash my first novel Only The Brave Dare as I now had life experience and the research skills needed to bring my novel to life. My first university degree also helped shape my thinking as to how to look for information and where to find it.

In 2008 around the globe boy scouts were celebrating the centenary of the founding of their movement by Baden-Powell. I had been a Venturer Leader (Scout leader of boys aged 14 – 18) for more than 25 years but had never found a book written about Australian Venturers by an Australian writer and set in Australia. Americans do it quite well for their own country but no so in the land down under. When Australia celebrated its centenary of Scouting I wrote two novels following the exploits of the most unlikely teenage boy who becomes the hero he never wanted to be but the hero his country needed. The Scott Morrow adventure trilogy was born with Only The Brave Dare and Canyon. I followed up in 2010 with A Rite Of Passage.

I drew heavily on my experience as a Venturer Leader, Army Reserve Officer and Journalist to bring Only The Brave Dare alive. The story was easy as I had been with teenagers for years sharing many exploits but the research into how the Australian Defence Force and Customs Service worked needed research and I interviewed a number of current and former serving people in the organisations and studied and read stories of how the services handled similar rogues I used as my nemesis.

Canyon took a different turn as it meant I had to experience firsthand what it was like to abseil, climb and crawl down inside the earth and back out again to recreate my adventure as my hero’s. This was pretty hard as I received a back injury while serving with the Army in Iraq two years previously and found it hard to scrabble up rock faces and ledges with backpacks and then continuously climb up or down the various pitches. The resultant book was eventually hailed as a good read for my intended market as it showed the realities and dangers of canyoning and what was required to enjoy the sport melded with a good tale

The third book in the trilogy, A Rite of Passage was completed after I did scuba diving training and researched what Australian law enforcement agencies call Outlawed Motorcycle Gangs and how they operate. I brought the two cultures of scouts and bikers together in a major clash that also saw the Girl Guides added for an emotional tug. Even with the Girl Guides I had to research what they did but I was lucky as my wife has been a Girl Guide leader for nearly all of her adult life – however this didn’t stop me going to a number of her meetings and instructing her girls on map and compass work and abseiling.

Conclusion: Research for my Scott Morrow adventure novels paid dividends as the trilogy was well received and captured what my teenage and young adult market wanted – fiction books directed at them based on realism written through the eyes of someone who has lived the experiences and offered real escapism. I look back now and wonder how at age 15 I even thought how I could bring the adventures together without research and life skills.

Canyon will be published by Infinity Publishing in 2013 so as to bring the Scott Morrow adventure trilogy under the one banner and one publisher.

Australian author Christopher J. Holcroft’s background is in communications; media training, complex public information planning and implementation. He decided to write adventure novels for teenage boys after serving 35 years as a Venturer Scout Leader and member of the Australian Army Reserve. Christopher published his first two books during Australia’s Year of the Scout in 2008 and followed up with the last book in the trilogy in 2010. His aim is to challenge young boys to read more and live life’s adventures in the outdoors.