Congratulations Julian Gladstone you're the featured Infinity author of the week!

Born in the lap of luxury in New York City, a teenager in Larchmont, New York, the author enlisted as a navigator in World War II. Graduated the Wharton School before entering the motion picture industry and then millinery manufacturing in Montreal.

For forty years Julian worked at every level in conventional, discount and catalog showroom management, coast to coast, before starting his own business. He initiated many retail firsts and provided seminars at national retail conventions. His career culminated with several chains in the Northwest.

Take a look at some of Julian's awards:

Check out the incredible book reviews Julian has recieved:

The author weaves an utterly fascinating story of his life from fleeting luxury. In New York, WW II, learning business in Canada and New York with the almost commonplace encounters with some of the most well known people of our times. The vignette style keeps the reader enthralled. In the developing story, and then moves on to the next story in a seamless manner that leaves them all tied together. I have thoroughly enjoyed this read and most highly recommend it to all readers. Most especially to those who may want to gain more insight, or an introduction to cross dressing. While only a minor part of the story, it is an insightful subplot. 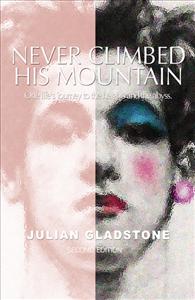 "How shall a man escape from his ancestors, or draw off from his veins the black drop which he drew from his father's or his mother's life?" And so the journey begins with the far greater influence - a mother, once a sweatshop immigrant attaining prominence in the fashion world and a father who amasses and squanders fortunes before disbarment. Whether being born to two dominant parents - anything but close in Julian's formative years - helped bring about his transvestism is conjecture, but this reviewer notes early on in this memoir the thread of guilt and misgivings - baggage that gnaws his conscience throughout his life. The explicit descriptions of discovering sex; in fact Julian's selfish obsession with sex, leaves little doubt of his heterosexuality. But the turmoil results in a protective veneer that shields him from reciprocating to those who love him. Julian's frequent self-examinations are especially critical, so he might be excused for being equally harsh towards his wife's weaknesses." --Emerson

"Many people have secrets, and we keep those secrets because we believe no one will understand them. "Never Climbed His Mountain" is a memoir from Julian Gladstone as he shares his story of being a lifelong heterosexual cross dresser, attempting to share the story of the many individuals who share this harmless quirk and coping with the pressures they face from society, so quickly labeled as deviants. "Never Climbed His Mountain" is an intriguing and insightful tale of the secret lives of men who may be closer than you think." --Bourrough's Bookshelf

At this moment millions of American males are publicly “underdressing” in femine lingerie. And no, they are not gay! Join me in the disarmingly honest engrossing journey of one. Julian’s journey begins: A mother attaining prominence in the fashion world and a father who amasses and squanders millions before disbarment. Julian’s emerging sexual deviance, sublimated in air wars over Europe, surfaces at Wharton. A voyeur of Mexican and Hollywood film stars and a fruitless job in Montreal before climbing the corporate ladder in conventional, discount, and catalog showroom chains from coast to coast during retail’s greatest upheaval. Race riots, breeding show dogs and meeting famous personages along the way. Bankrupting his own unique store and fired from several chains—Julian’s journey ends. A memoir of revelations like no other.

Has your book won an award like Never Climbed His Mountain? Share your publishing journey in the comments below.