A Writers Fix for Plot Block or Derailment: Interview Your Characters 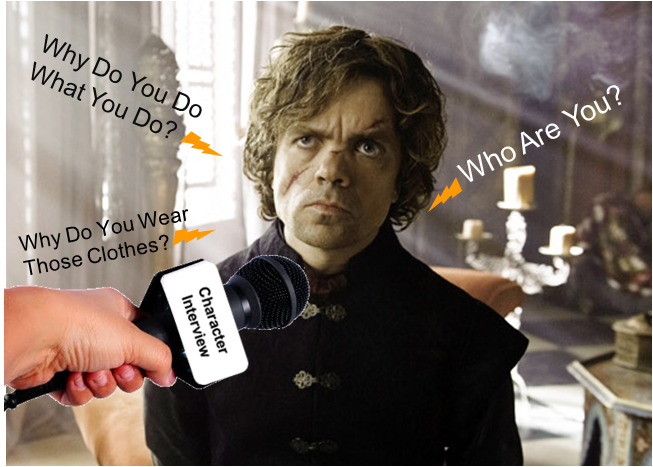 It happens to plotters and pantsers alike (although, admittedly, more to pantsers): your book goes off the rails into a new direction, and you don't know where you're going or what's going to happen when you get there. Your main character had done it again and run your novel off your envisioned track. While you might find a bit of serendipity here if a great plot twist reveals itself, it's more likely going to end up with muddled chapters and a complete lack of direction. Sooner or later it's going to bog down with your story going nowhere, fast. 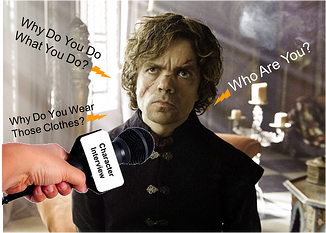 So what's a poor self published writer to do when headstrong characters insist on going their own way, running around off in different directions with the tattered rags of your plot trailing behind? A big part of the problem may be you and your lack of knowledge about your characters. What do they want? How would they react in different situations? Before you write a word you should know your main characters at least as well as you know your neighbors or cousins. And the best way to do that is to set up an interview.

Just like when you interview a real person, it's a good idea to make a list of topics before you interview your main character. Not every writer needs to know the same details and motivations, but some subjects are surprisingly universal. Whether you're writing a love story, a political thriller, or a science fiction epic, your character's past will influence his presence. Was he abused or abandoned as a child? Did his first true love cheat on him, giving him major trust issues? Does he have a large hidden tragedy in his past? Significant events in our past dictate our actions and reactions in the present. Find out why your character does what he does, and you'll know what he'll do six chapters down the line.

It's in the Details

Whether you ever mention them in your book or not, it's the details that combine together to form your main character into a fully-realized person. They may seem insignificant in terms of your planned plot lines, but tiny details may affect her actions, and will always add realism to your storytelling.

They may all seem like trivial questions, but the answers can combine to create a richer view of your character, plus can give you clues about how she will act and react to upcoming plot points.

Keep the faith and may the force be with you!