Are Pitches and Agents Obsolete? Is Self Publishing Here to Stay? 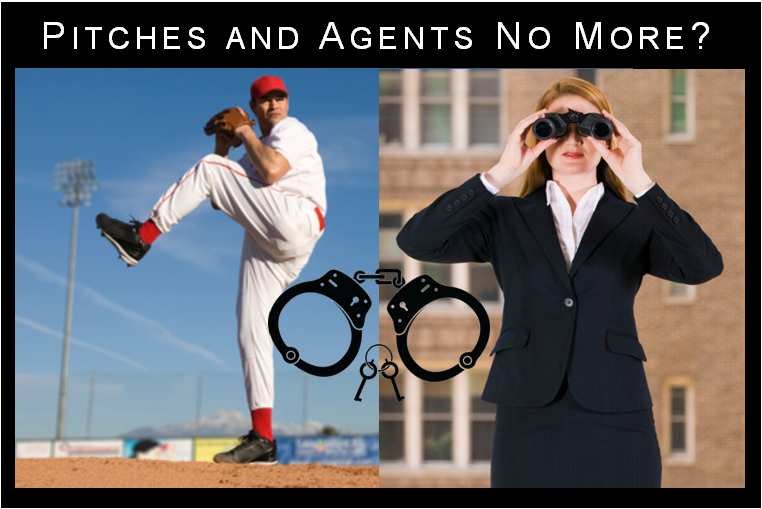 As little as ten years ago, the only legitimate way to publish a book and realize sales across the country was to go through the big New York publishers. Writers would either get an agent to shill for them or submit their manuscripts themselves, adding to the infamous "slush pile."

Gems were found in this pile and occasionally polished into bestseller diamonds, but like finding a gem while strolling by a stream, it was a rare occasion. The vast majority of books never saw a reader's bookshelf, because the public's access to new writing was vetted by that limited number of agents and editors who controlled what was published and what never saw the light of day.

Today's writers have a world of options open to them that hardly existed ten years ago. They can still go through the traditional routes to publishing, submitting manuscripts to agents and hoping someone will see the value of their work. The Big 6 (or is it 5 these days?) publishers argue that it's still the best way, as gatekeepers such as agents and editors choose only the finest works and keep the dregs from ever seeing publication. In a world where both Snookie and Grumpy Cat have volumes on bookstore shelves, some may disbelieve this point.

The alternative viewpoint is not only a growing exponentially, but is now producing more and more viable titles. Mostly due to the explosive growth of eBook readers and the easy access to multiple self-publishing venues, self-publishing is here to stay. Writers can work with self publishing companies or create their own, with eBook, print and even audio book sales, and do every bit of the work themselves. The new gatekeeper is the reader, not a small group of people in a few East Coast companies. Millions of people vote each day with their money, communicating what they think is good or not by buying more copies of one book than the other. The world of publishing for an indie author is similar to that of a traditional one, but only at the beginning of the process.

All books start the same way: as an idea in a writer's head. All writers begin by writing their novel, and unless you're Elmore Leonard you'll probably do it on a computer. After the first draft is done, writers commonly go back and edit their work. Both types of writers may use beta readers, trusted friends who read a story and give constructive criticism. After a round or two of beta readers, and some more self-editing, the story diverges here.

Where once writers sent their manuscripts off to their editor (once they found one), an indie writer sends theirs off to a professional editor. Writers and editors are crucial partners, as a lack of good editing can kill a book before it even has a chance to breathe.

Nowhere is the power of the indie more evident than in the publishing process. Writers convert their manuscripts into whatever form the publisher takes. At Amazon, the acknowledged big dog in the business, it's the .mobi version. Many other sites accept .doc or .epub versions of your book. Savvy writers will use a program such as Calibre to convert their words into all three versions.

Once the manuscripts are in the right form, a writer can submit to as many publishing sites as he wants. As long as all the information is entered correctly into the site's forms, his book will be live and offered for sale in a matter of hours or a few days. The writer has all the power; he can sell his book anywhere he likes without anyone else vetting the worthiness of his words.

Self publishing today encompasses a long list of forms, designed to capture every type of possible reader. EBook readers are hot, and electronic books are the simplest to publish by hand right now, but not every reader wants to use an electronic device. Business-savvy writers also contact companies to use print-on-demand technology to produce paperback copies of their works that ship out the day they are ordered. Still other readers love stories but have very little time, and writers can capture them with audiobooks. Writers can audition readers for their books, and even decide between straight pay for the talent or a split of the profits at some venues.

Once a book is published, a writer's job is similar, whether he publishes traditionally or indie. Books have to be marketed, no matter where they're published, or no one will know to buy them. Trad pubbed books may have an edge by being seen on book store shelves, but they'll only be there for a few months at best. Indie books have a much longer shelf life. They never get taken down, so it's possible to sell them virtually forever.

But selling books takes marketing, no matter what your venue. Writers have to put on their marketing hats and creatively spread the word about their work, in the hopes of garnering large numbers of readers. Some of the methods writers use to publicize their books are:

A growing number of writers see self-publishing without agents and publishing pitches as a good thing, and are flocking to the world of indie publishing. It can be a daunting world, though, with a very high learning curve. Most make mistakes their first time out and, although most mistakes can be corrected, the lost time will almost invariably cost lost income. Nothing substitutes for being prepared and doing it better the first time out. While having some control of your destiny is a wonderful thing, it's difficult to find out everything you need to know when you don't even know where to look. Additionally, many of the tasks related to distribution, selling, e-commerce and marketing are not one-time events and they need to managed with regularity.

Writers sometimes need some help along the journey from a trusted group of people who can guide them. When faced with editing, beta readers, book marketing etc., they feel much more confident with experienced people guiding their efforts. Infinity Publishing is a true happy medium between going it alone and relying on the big companies to do right by you. At Infinity you can either go it alone or work with us as your publisher of record without the negatives of the big traditional publishers. By getting help and guidance in the mechanics of publishing ebook, audio book, and printed books, you'll find more time to do the most important job of all: writing your next book.