Just like writers have different styles of writing, so do copyeditors have different approaches to editing. The ideal copyeditor works with a delicate touch fixing grammatical goofs, correcting typos and generally cleaning things up to make the author look better while carefully retaining the author’s expressive voice. Certain rules of grammar and for proper spelling must be adhered to in order to achieve professional standards. There is, however, a bit of latitude regarding some possible changes and word substitution. 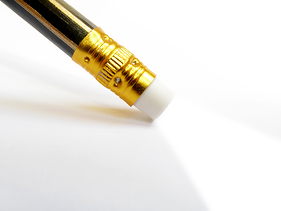 Back in the eons of time I was assigned a publishing house editor who was making rather arbitrary decisions and meaningless word substitutions. In my opinion, my original word was just as fitting as the editor substituted word – in some cases my words were even more befitting in keeping with the tone and flow of my writing. I boldly confronted the editor with charges of him totally wrecking my work with all his pointless changes. Why was he doing this? I was totally shocked when he agreed that most of the changes were just being made for the sake of change. Besides, he added, he had to do something to justify his job! Bummer – his justifying was trashing my hard work! As it was back then, when a publisher assigned an editor to a project they were on it from start to finish. Not so today with commercial publishers, with downsizing and mergers an author could experience working with a variety of editors in the course o f completing a project. Each brings different editing skills, experience and talent to the table. Thusly some editors will be easier to work with than others. Hopefully you won’t encounter someone more concerned with job security than professionally editing your manuscript.

Another editor I was honored to work with was Nancy Jackson, also known as Mason. She had a gift when it came to editing the hard parts – you know, like when you know what the piece needs to convey but it just isn’t doing it – close, but no cigar. She was a master at cutting and switching phrases from here to there that created crystal clarity with fabulous flow. I learned more from her about editing styles and techniques than I ever did in the many classes and workshops I’ve attended. She explained her role as an editor as working with the author to make their work sparkle, and do it in such a way that doesn’t even show the tender touch of her finger tips upon the completed piece. Leaving no marks is indeed the trademark of a skillful and talented editor.

However, don't try to break all the rules and pass it off as developing your signature style as a writer – the only thing your style will show are your shortcomings! First-time authors seem to have an urgent need to establish a distinctive writing voice and mistakenly use those crude attempts at style to disregard the rules of effective writing. Then they get bummed when a copyeditor corrects their many errors. Too many times the telling of the story gets lost in the quest for an elusive style.