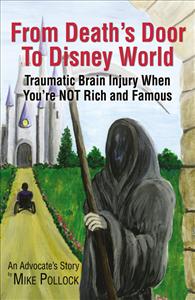 From Death's Door to Disney World-Traumatic Brain Injury When You're NOT Rich and Famous: An Advocate's Story. By Mike Pollock.

I used to call him friend. Big Dave and I hung out with tvlike from time to time in our childhood neighborhood in Philadelplna, Pennsylvania. Mike's dad owned a hardware store in U,e neighborhood. The 3 of us always had a good time together. Dave was Mike's best friend,
but Dave was also my best friend, so maybe there was a bit of competition between Mike and me. The competition didn't last long, because Mike went into the Marine Corps, and Dave and I went to college, where we played basketball together.

The Vietnam War was going on, and I was proud that Mike was serving his country---our country. Mike was small in stature but gigantic in character. We were tough kids, but Mike had grit-that something extra that you wanted by your side when things got
rough. He would never back down. He was always there for his buddies.

So after reading From Death's Door to Disney World- Traumatic Brain Injury When You're NOT Rich and Famous: An Advocate's Story-an amazing book written by Mike-I was not surprised. Mike has not changed. He still has grit! Moreover, Mike and his wife Kathy have true grit. Kathy is the heroine of Mike's book, which is his personal account of her struggle with a
malignant brain tumor and its horrible consequences, including 2 massive strokes that left her paralyzed and dependent on others. The book is also an account of Mike's role as advocate for Kathy as they navigated the complexities of the US healthcare system.

Mike's book is a testament of his love for his wife, as well as an excellent representation of what is wonderful about humankind. We love, pray, cry, and rejoice with each other, especially with those we love. And when necessary, we will sacrifice, work hard, and
fight for them.

Mike's book describes his ongoing journey with his wife as one that is filled
with every possible human emotion. As a reader, T was riveted. Perhaps T could
not put the book down because I know Mike. Maybe I felt somewhat guilty because I was not there to help them. However, the truth is that thestory is powerful and very well told, especially from the perspective of an individual with no medical training. The following example from the book describes Mike's reaction when told that Kathy would need to take Coumadin (warfarin):

"During a presurgery appointment with a ca rdiologist, I heard Coumadin mentioned far the first
time ... I knew what Coumadin was because in our hardware store we sell rat poison which contains Coumadin. The rats eat it and bleed to death. I asked the cardiologist if it was safe for Kalhy to take Coumadin while she was taking Temedar, her chemo drug . ... I realize now the most important question was never asked: Should someone whose brain had been
exposed to radiation therapy,and whose brain tissue may have been compromised,
take Coumadin?"

This book is about survival. It's about unconditional love. It's about the body's ability to heal itself with a little help from many dedicated healthcare providers. And it reminds us, as healers, that we are there to help not only patients but also their families.

Kathy's health problems began with a visual disorder of some concern. The
problems then exploded into a series of severe neurologic disabilities. Mike describes his reaction to Kathy's second stroke:

"This stroke, compounded by the damage from lhe first one, was more devastating. Kathy had to be put on a respirator. She could not speak or move. She couldn't swallow. Kathy's
condition was grave. She was in and out of partial consciousness .... She
was hooked up to a respirator, with a feeding tube in her stomach .... I knew she was aware of my presence. I held her hand and asked her to squeeze mine. After a few moments, not immediately, I could feel a slight squeeze .... I knew that if she survived the initial trauma of this episode, she would come back to me."

The book- in 91 pages, including several family photos- carefully recounts Kathy's successful struggle to survive. Her powerful will to live was matched by undying support from her dedicated and driven husband, who refused to give up. It makes for a genuinely unique love story. The couple's trip to Disney World represents their eventual success:

"It was Kathy's wish and my dream, so on Feb. 16, 2008, our family ... and I took Kathy to Disney World for eight amazing days. Despite the negative early prognosis and the insurance companie's [sic] denials. Despite the so-called friends who were convinced I was a bad guy because I wouldn't let my wife die. We were like any complete family on a Disney World vacation."

The book is a quick but amazing and insightful read. I believe it should be mandatory reading for every healthcare provider and student. Furthermore, it would be an important read for anyone who has an ounce of kindness in his or her heart. I am SO glad that I came across this
book. I agreed to do the present review because Dave's older brother, Fred (Frederick J. Goldstein, PhD, the book review section editor for JAOA),sent the book to me- though he never gave me a heads-up about what the book contained.

Most importantly, I am now reconnected with Mike, after nearly 50 years. I have to tell you, his story does not surprise me. He was always the best guy to have around. Kathy is lucky to have him, but I'm sure Mike would say he is
the lucky one to have Kathy by his side. 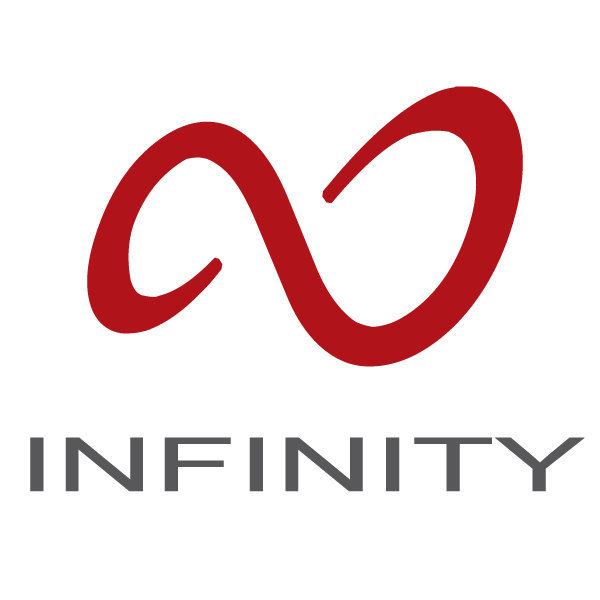 Marketing Goal of the Week...Use Your Book As A Business Card!

Using your book as your business card can attract an audience that enhances marketing for you at a fraction of the cost it would take to reach out to ...

END_OF_DOCUMENT_TOKEN_TO_BE_REPLACED

Congratulations to our newly published authors! 1 . The Magical World of Burlesque Las Vegas, in the 1970s and 1980s, was the place to be if you wante...

END_OF_DOCUMENT_TOKEN_TO_BE_REPLACED 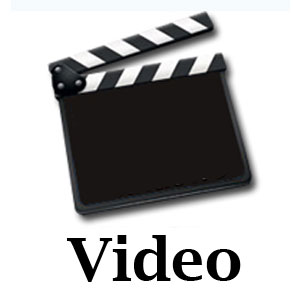 Impact of a Video Book Blog

END_OF_DOCUMENT_TOKEN_TO_BE_REPLACED 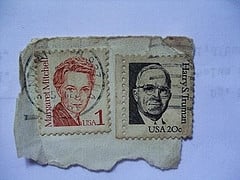