I Didn't Mean to Write What I Wrote 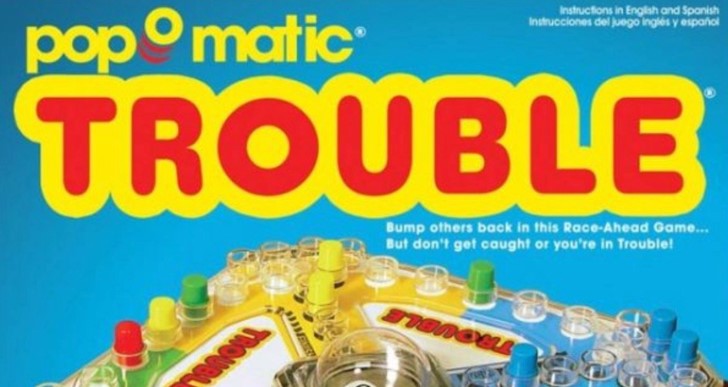 My writing professor kept extolling the exceptional use of symbolism and foreshadowing in my piece. The problem was that I had no idea what he was referring to.

The assignment was clear-cut. We had to write about a childhood experience that greatly impacted us. I chose to discuss something traumatic that had happened and how it affected my life from that moment on.

I recounted every memory I had from that day, in chronological order. There was no intended symbolism or foreshadowing. There was just what was.

But here is the kicker. The morning of this event I was with my best friend and we were playing in her living room. Turns out the game we played was “Trouble.” Do you remember it? It was the one that you would pop the little plastic bubble in the middle that contained the die and that would determine where you would go.

So when I wrote of this event, I was detailed what had happened. But that was not what others read. To the recipient of my words, my day started with my playing of “Trouble” with a “die” caught in the middle determining where we would go. Both trouble and death unfolded later that day.

Sitting in my writing class that day was transformative. It hit me that we write something from our own memories, influenced by our thoughts and feelings, but what we create takes on a life of its own. More so, the interpretation and meaning from the reader is as real and true as what we meant ourselves. Writing something doesn’t give you full ownership of it. Once you share it with the world at large, the way it is understood is a new life that now exists.

That is the beauty of writing. That is the power of writing. Our words create and continue to give birth to new layers and realities. They continue to produce and reproduce affecting others in unique and powerful ways. Our writing comes from us, but is not just for us. But it will always be connected to us, while it connects to others we will likely never know, but whose lives will be touched, bettered or even transformed through our words, however they may be understood.