Looking for Scares: How to Craft a Truly Frightening Horror Novel 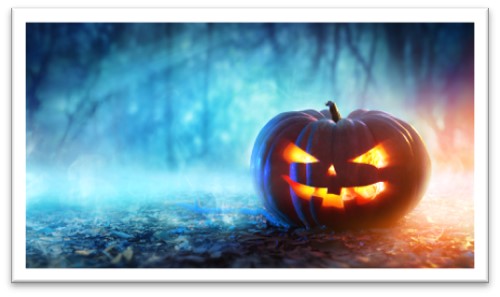 In the very bestselling horror novels, authors take care to ensure that all the supernatural events in the story have some type of plausible explanation. You may have to stretch your notion of disbelief a bit, but everything makes sense in that one thing leads to another. Deep down, these books read like a true account of what happened to someone else, with just a little sideways twist added in for fright. In many cases, this is because the authors began their books with a kernel of an idea that came from the truth. The inner pages of newspapers are filled with strange little filler stories; one could be the germ of an idea that might grow into your next great horror novel. 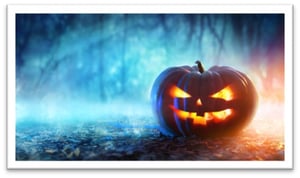 The weirder the better when it comes to crafting horror novels, as long as you ground them in the real world. Take a strange, unexplainable occurrence, and layer it onto the most boring, everyday environment you can create. In The Exorcist, William Peter Blatty begins with an actress who has a sweet daughter. The child's obviously an angel because she even leaves a flower on her mom's plate at breakfast time. The suspense begins with small things, unexplainable noises, and rooms that quickly drop in temperature. After establishing that calm beginning, the story quickly escalates into burning smells, shaking beds, and the need for a specialist.

In his classic novel It, Stephen King turns a long list of seemingly harmless images into nightmare fodder, simply by connecting them to the unknown. In reality, a paper boat, the buttons on a clown outfit, and a balloon are all benign childhood pictures. Put them in the hands of Pennywise, the mad (perhaps supernatural) killer clown, and you'll never look at a balloon floating in the air in the same way. When it comes to horror reactions, we all float down here.

Try to combine the worst images in your story with the everyday parts of your characters' existence. After all, what's more frightening, a killer in an old haunted house or a killer breaking in on you taking a bubble bath? At least in the spooky house, you almost knew what was coming.

Bring in Science to Disprove Your Monsters

Your main character may believe in the monster in your story, but most of the rest of his acquaintances won't. Build up a stronger argument against your MC being right by bringing in a scientific authority figure to prove him wrong. Whether it's a government official, a high school science teacher, or a local magician who loves to debunk supernatural tales, this voice of reason will substitute for your reader's mind, making the truth all the more surprising in the end.

Juggling Act: 5 Tips to Balance Writing and Family Time During the Holidays

Shutting your "work brain" off as an independent author is difficult. You don't have the luxury of leaving work at the office and if you're not workin...

END_OF_DOCUMENT_TOKEN_TO_BE_REPLACED

Binge Writing: The Good and the Bad

There are two types of authors: those who schedule their writing on a regular basis and those who binge write, putting thousands of words down at a t...