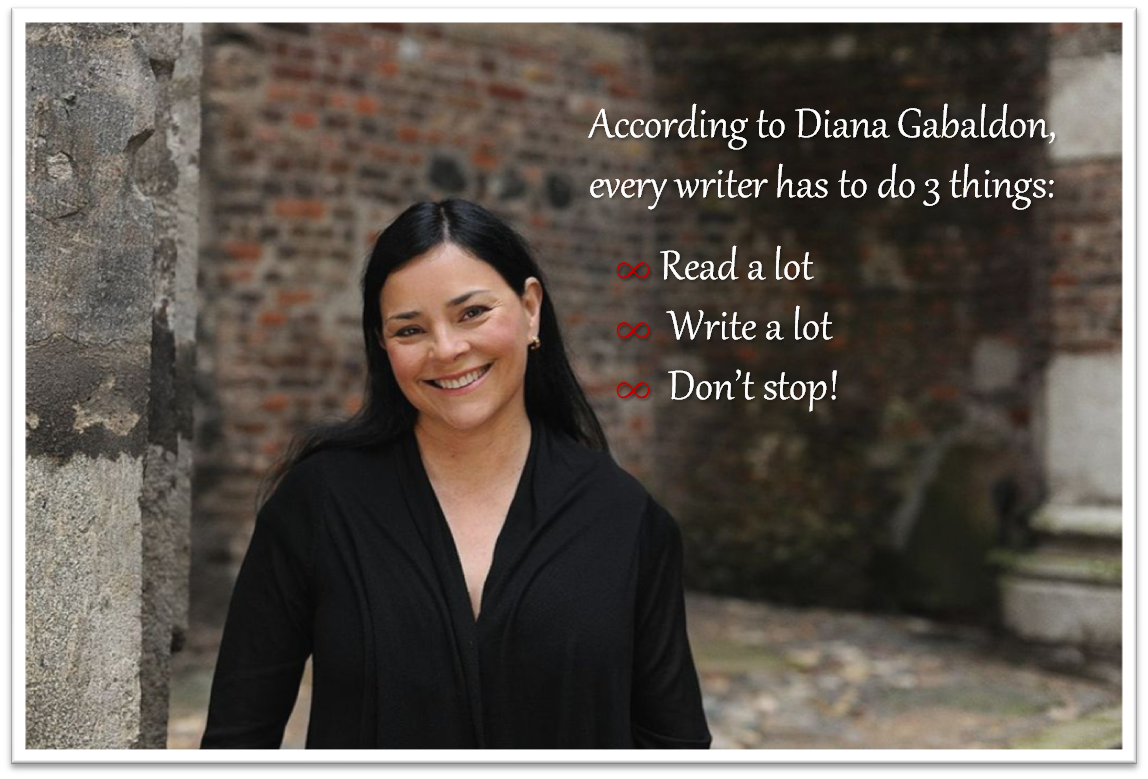 In the last 20 years, Outlander has grown from a little-known cross-genre novel to a worldwide phenomenon. The tales of Jaime, an 18th-century Scottish laird, and Claire, his wife from 1940's Scotland, has grown into eight books and a television series with the third season being filmed. The person behind this juggernaut is a tiny woman, Diana Gabaldon. Busier than ever because of her consulting work on the television series, Gabaldon still finds the time to visit one authors' conference after another, sitting in on panels and gladly giving writing advice to aspiring bestselling authors. She's no-nonsense and doesn't hold with many excuses, but Diana Gabaldon's writing advice is gold, bits to savor and use at every opportunity. 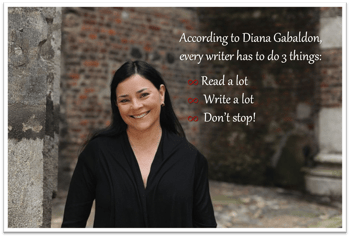 According to Gabaldon, every aspiring author has to do three things:

She says there are no magic spells, no shortcuts to getting where you want to go. You have to put in the hours, and there will be thousands of them. But everyone can be diligent, so there's comfort in knowing you don't have to be born an author to be successful.

When Gabaldon decided to take a chance on writing her first book, she committed to doing two things: doing her absolute best and never quitting. She never allowed herself to look back on what she'd written and decide that it just wasn't good enough. She forced herself to push on, writing something every single day. The other half of the pledge didn't allow her to just write anything. It guaranteed that the words she wrote would be the best ones she could create. Do your absolute best and never allow yourself to quit until the story is finished. That's the plan that worked for her, and that's what she recommends to hundreds of authors every year.

How to Write Emotion

The Outlander series is dripping with huge, emotional swaths of scenery. Gabaldon is the queen of grabbing readers by the brain and making them care for each and every character she writes. Tears are shed and books are thrown across the room, all in the name of manufactured emotion. At the heart of most of this emotion is love scenes, but her advice is just as valid for terror or hilarity. Strong emotional scenes aren't just about the emotions. They're about everything that causes them.

You show emotion by incorporating it into everything your characters do. Use dialogue, expressions or actions, but give them all a flavor of the emotion you're trying to convey. Anchor the scene with physical details, but always use the Rule of Three: involve three of the five physical senses. Sight and sound are naturals for most people -- it's when you add smell, taste or touch that the scene becomes real. Emotions are human; show this by using more dialogue than physical details. Let the reader get into your characters' heads by putting them right into the scene with them, and they'll keep turning pages long into the night.

Keep the Faith and May the Froce be with You!